Posted on Monday, 9 May 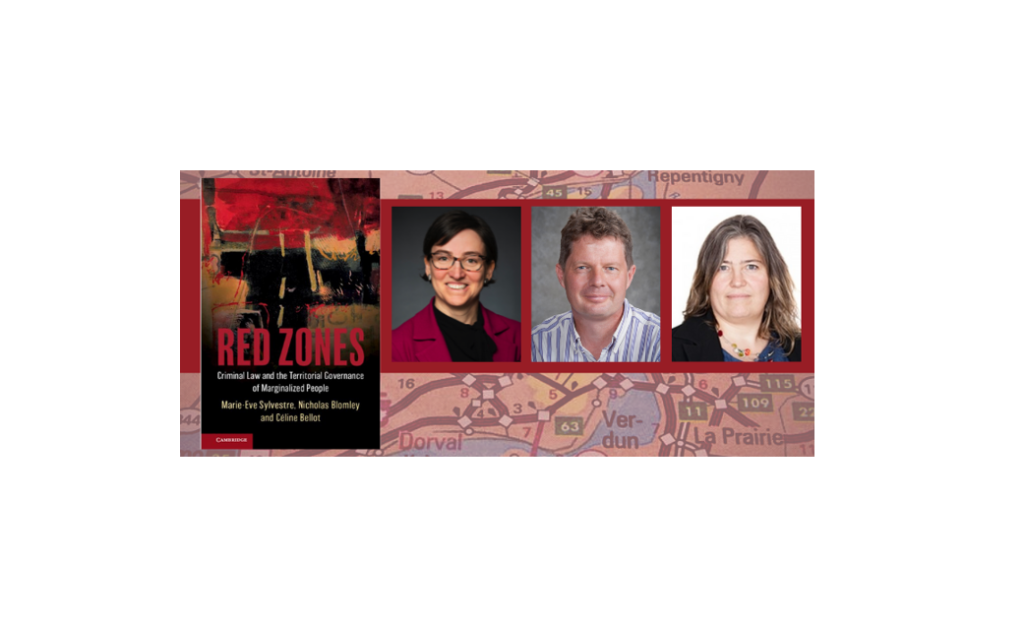 Marie-Eve Sylvestre, Dean and Full Professor at the Faculty of Law (Civil Law Section) of the University of Ottawa

Céline Bellot, Director of the Social Work School and Full Professor at the Université de Montréal, and Director of the Observatory on Profiling (Observatoire des profilages)

What a gift to have such wonderful scholars engage with our book Red Zones as we launch the blog of the University of Ottawa Public Law Centre/Centre de droit public de l’Université d’Ottawa ! We want to thank the Centre, as well as our four stellar reviewers, Justice Patrick Healy from the Quebec Court of Appeal, Dr. Adelina Iftene, Dr. Ayobami Laniyonu, and Dr. Mariana Valverde, for their generous comments, highlighting specific contributions, and paving the way for future research in criminal law, sociolegal studies and legal geography.

In her thoughtful essay, Professor Valverde points to the timeliness of our book, coincidentally released in January 2020 a few weeks before the pandemic hit. Focusing on the particular role of territorialization in criminal law, Red Zones describes how legal actors have created bounded spaces, restraining marginalized people’s access to public spaces, important resources and relationships over time and in a timely fashion. As many of us experienced confinement, often in extremely small living units, and red zoning, in some cases extending to the size of an entire country, for the first time, we now have a different outlook on the micromanagement of spaces and bodies during extended periods of time, and may be able to relate to the arbitrariness and ever-changing set of rules consistently imposed on the poor and marginalized in this country. Despite this, however, it is worth echoing her point that many people “live in a different world” than many of us, legally speaking. Law may be “all over,” as Austin Sarat famously noted some years ago, but it is not uniformly present. One of the main goals of the book was to surface this vast web of personalized legal conditions, largely invisible to middle-class readers, but ever-present among marginalized and criminalized communities. People who live in highly surveilled neighbourhoods, like Vancouver’s Downtown Eastside, will tell you of their multiple and ongoing red zones. As researchers, we need to learn from such voices, as we continue to interrogate these socially differentiated forms of law.

These wide-ranging effects, however, are not only felt at the individual level. In her review, Professor Iftene highlights the systemic impact of conditions of release on the criminal justice system. Despite having been construed as such by some legal actors, conditional release is hardly an alternative to incarceration, but rather fits on the same carceral continuum. This is worth restating. We should indeed be careful what we wish for when it comes to alternatives. Conditions of release quickly become supplements and, indeed, complements, to incarceration when individuals accumulate breaches and ‘alternatives’ widen the judicial net. Further, the fact that conditional release has historically appeared in our criminal law as an alternative to remand has shifted judges’ attention away from the real objectives of the Bail Reform Act in the 1970s, namely, to make unconditional release the starting point of their analysis. To change the practice of law and significantly reduce the rates of pre-sentence custody in this country, as Justice Healy proposes, we believe that legal actors should also start to perceive conditions of release as an exception to unconditional release. Conditions of release represent an evil that must be avoided, given their intrinsic connection to remand and incarceration.

In turn, Professor Laniyonu rightfully raises the fundamental issue of the disparate impact of such punitive practices along racial lines, and points to an important limitation of our study. Indeed, while Red Zones brought to light the violence inflicted upon marginalized people, it failed to render visible the racial lines that overlap with poverty and marginalization in each of the communities where our research took place. This is in part due to the lack of information on socio-demographic characteristics of individuals in our datasets to support these conclusions. As indicated in our book, such information was simply non-existent in the Montreal dataset. In the Vancouver database, ethnicity was a self-reported field and was considered by the B.C. Court Services Branch as ‘notoriously inconsistent’. As Professor Laniyonu mentions, this highlights the crucial importance of gathering race and ethnicity-based data about the disparate impact of specific procedural mechanisms and court orders, including conditions of release, on different racialized groups in future research. As we write this piece, brilliant scholars such as Scot Wortley, Akwasi Owusu-Bempah, Nicole Myers and Carmen Murdocca, as well as organizations (e.g. the British Columbia Civil Liberties Association) are collecting race-based data in bail proceedings. We might be able to benefit from their findings in the next few months.

Previous race-based data has been scarce. For instance, a study conducted by the Department of Justice Canada in 2013 in five court locations in four different provinces has shown that Indigenous accused were more likely to be detained by the police (56.1%), compared to non-Indigenous accused (40.4%), whereas judicial interim release outcomes did not seem to differ significantly depending on Indigenous (48.9%) or non-Indigenous (51.0%) status[1].

There is also recent evidence that points to the overcriminalization of Indigenous people for administration of justice offenses, including failures to comply and breaches of probation orders, in Quebec. In a report submitted to the First Nations of Quebec and Labrador Health and Social Services Commission in 2019, Sylvestre, Bellot and Lesage-Mann found that the rate of criminalization of individuals living in First Nations communities was 5 to 6 times higher than those living outside those communities[2]. Further, individuals with a civic address in a First Nations community were criminalized primarily for offences against the administration of justice (OAJ): these offences represented 44.2% of those alleged in the open records (1,915 offences) and 40.5% in the closed records (2,015 offences) in 2016 in Quebec, far outnumbering offences against the person (26.5% and 25.1% in the open and closed records, respectively) (the data in this study was provided by the Ministère de la Justice du Québec). To compare, OAJ represented 23% of all cases involving adults that were settled before the courts the previous year, in 2014-2015, and a third of the cases settled in Quebec in 2013-2014 contained at least one offence of this type (20,195 out of 62,844) (Burczycka and Munch, 2015).

As we mentioned in the book, OAJ are different from other offences because they are judicially created when the prohibited behavior is entrenched in a court order. In other words, they are directly related to the (over)representation of Indigenous people. The fact that such ‘crimes’ are ultimately crimes against the authority and the legitimacy of the courts (Murphy, 2009), or as Professor Valverde puts it in her review, against the “majesty and sovereignty of the state”, speaks volumes in the Indigenous context.

This said, we agree with Professor Laniyonu that beyond the numbers, our qualitative data could have exposed more saliently racial disparities in the criminal justice system. As a matter of fact, our most attentive readers may have also noticed the overrepresentation of women among our participants. Some of our respondents were also Indigenous and racialized individuals. While the primary focus of our book was on the legal instruments and processes, as well as the unique role of legal actors involved in the criminalization of marginalized people, we did not mean to undermine larger systemic forces, including colonization, the war on drugs and the interests it continues to serve, the criminalization of sex work and the subjugation of women’s bodies, or the policing of dissent. On the contrary, we have tried at times to situate the punitive practices described in Red Zones within this broader context.

Yet, while sympathetic to much of the spatial tactics literature which focus on the ‘annihilation’, ‘extermination or erasure’ or ‘purification of public spaces’, we have tried to draw attention to law and legal technique. Indeed, if Red Zones is truly a synthesis of several disciplinary backgrounds as suggested by Valverde, it is not only because it is the outcome of an intellectual and professional journey, we, as co-investigators and co-authors, have pursued over the course of many years, or merely because of our commitment to dive into each other’s discipline. It is also because we have chosen to take law and legal knowledge seriously, on their own terms, as opposed to being a mere reflection of cultural or political forces, or tools of governance. As we suggested before[3], our aim in this project was to emphasize the importance of understanding better the specifics of legal devices, forms of reasoning and argumentation, processes, and practices – which we refer to as legal technicalities, in our analysis of rights to and uses of space. In doing so, we have followed scholars like Riles or Valverde who directed us to an analysis of legal effects by asking: ‘What a limited set of legal knowledges and legal practices do, how they work, rather than what they are or what they represent’ (Valverde, 2003, 11; see also Riles, 2005; Valverde, 2009). We suggested that critical scholars should care about technical legal knowledge because it has a series of political and ethical consequences on individual rights, intentionalities versus effects, the space and time nexus, etc. A critical attention to legal technicalities does not underplay the systemic workings of social logics such as colonialism and racism, but it resists simply reading such imperatives into law without a careful prior exploration of the specific work of such technicalities, and the manner in which they inflect and focus social power, while refusing responsibility for the resultant legal violence they cause. So, for example, chapter 3 of our book traced the genealogy of modern conditions of release back to their older form as peace bonds or recognizances to keep the peace, noting the manner in which their flexible and discretionary character made them highly versatile tools for the management of poor people and the ‘disorderly’, echoing their later manifestation as the red zone.

Such legal technicalities continue to be in daily use by legal actors. It is thus again to them that we finally turn in the hope that, in the words of Justice Healy, “the pedagogical effect” of Red Zones and recent cases from the Supreme Court of Canada including R. v. Zora, which drew heavily on this book, will be “swift and deep”. It is essential that legal actors, from prosecutors to defense lawyers and justices, take responsibility for legal techniques that perpetuates human suffering and harm.

[3] Marie-Eve Sylvestre, Will Damon, Nicholas Blomley and Céline Bellot, Spatial Tactics in Criminal Courts and the Politics of Legal Technicalities, (2015) Antipode 47(5) 1346-1366; a French translation of this article is forthcoming in Clio@Themis (2022). 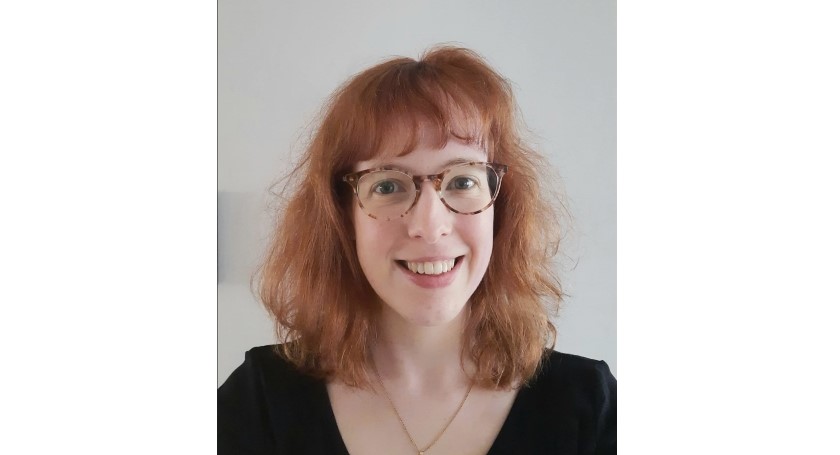 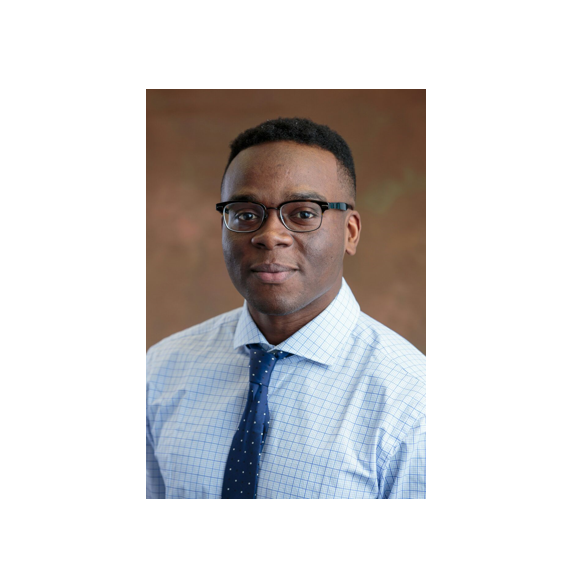